Happy new year! How about a fresh version of CoScreen to help you get back to collaborating with your teammates? Look out for several upgrades, including an automatic update flow. We also dropped the Beta label from the version number. 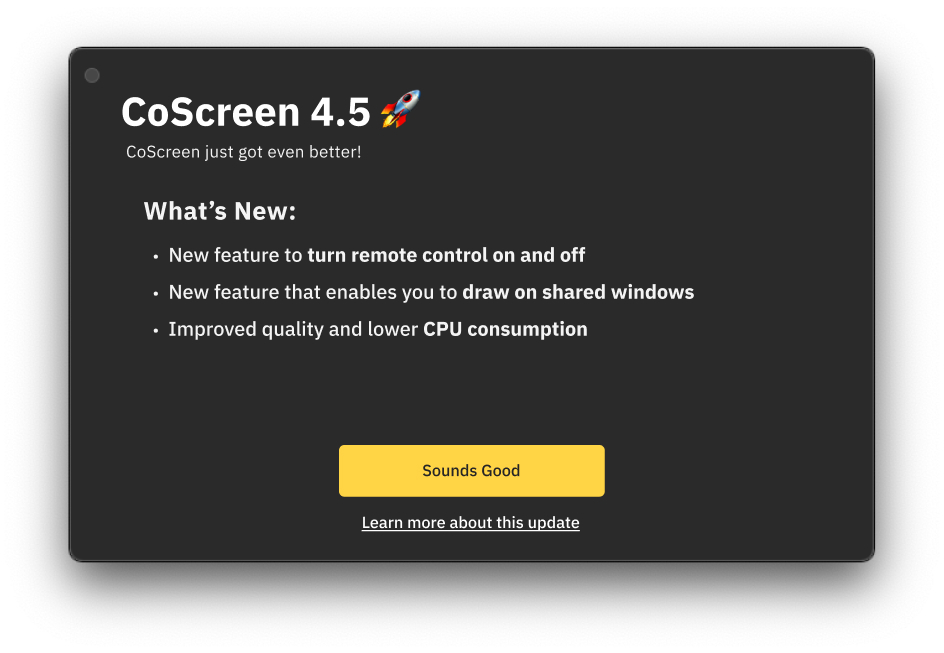 Example of the new update dialog